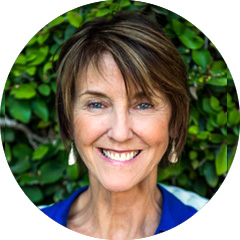 A little history...
Born to a mix of Cherokee and Irish lineage, she remembers the midday Sunday dinners with aunts, uncles, cousins, and grandparents. "We were playing music with guitars, harmonicas, spoons, etc.— and lots of singing (in harmony)."

Starting formal lessons at age five, Sonora 'lived' music in rural Missouri where she followed the natural process of growth via church choir, award-winning State Fair performances, etc. She then went on to the University of Missouri at Kansas City-Conservatory of Music where she received awards for Most Promising Education Student and Outstanding Vocal Performer. At her first Freshman conservatory piano jury she was advanced to the Junior level!

As a student, Sonora arranged and directed radio jingles, rehearsed ensembles for Kansas City churches, managed bands (rock 'n' roll and jazz), and coordinated rehearsal space for University students, including an 80-piece Accordion Orchestra. You thought finding a place for that new drum set was hard!

Psychology of Music became another favorite focus and ultimately led Sonora to San Antonio, where she became the Director of Music Therapy at the San Antonio State School. Working with the residents, designing curricula, coordinating staff and supervising Music Therapy interns was rewarding work.

John is a composer and multi-instrumentalist with over 10 years of teaching experience. He received his degree from Kansas State University where he studied piano performance under Dr. Slawomir Dobrzanski and music composition under Dr. Craig Weston. 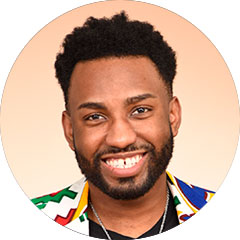 Xavier joins Blue Frog with experience in administration, office management, event planning, and employee engagement. He is a graduate of the University of Southern Mississippi where he earned his Bachelor's Degree in Recording Industry Production. Xavier is also a music producer who produces, mixes, and masters hip-hop, soul, electronic, and jazz. He aspires to work with other creators and rising artists as well to create music for film, television, and other media. 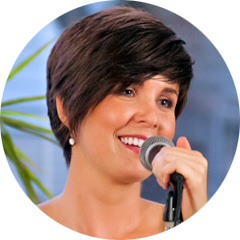 Teaching music for nearly 10 years, Andrea brings valuable experience to her approach to both vocal and piano pedagogy. She attended the Berklee College of Music where she studied both vocal performance and songwriting. Many of her students have become talented songwriters themselves and have developed a deep love for music. Having the ability to adapt to what each student needs within a lesson gives each of them the opportunity to learn and grow musically. 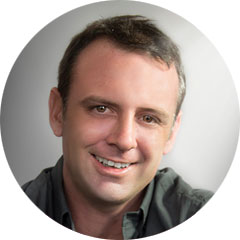 Jack is indeed the Jack of all trades. He has been a boat captain, a resort engineer, a restaurateur, mixologist, worked in tech for Apple, performed for Disney, and headed quality for a manufacturing company, to name a few…

"It took me nearly 40 years to figure out what I wanted to be when I grew up," Jack says, "but I had to be sure it was right!" And that right career just happened to be music, which has been a lifelong passion. He has played piano since he was 4, sung in multiple choirs, productions, shows, and operas, and has a Bachelor of Music in Composition and Music Theory, and a Master of Music in Film Scoring from Berklee College of Music. His deep passion for music is contagious, and helping others grow as they learn to express themselves using the nuance and subtleties of music is food for his soul.

He recently completed production on his first album release, his first symphony, which is available on all the major digital platforms, and has begun work on his next release, due to come out in late November. In his spare “non music” time, he enjoys reading, going to the theatre, sailing, diving, and pretty much anything ocean related, and crochet. 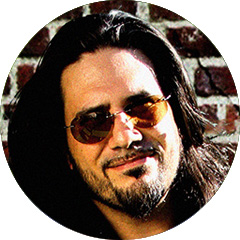 Best known as drumming member of award winning Del Castillo band. Recognized by SXSW Music Awards (02/03) as "best drummer" having played Montreaux Jazz Festival and recorded with the likes of Willie Nelson and Carlos Santana. Mike has an extensive musical background teaching students of all ages (beginner to advanced) and nearly every application ranging from marching and orchestral percussion, to modern drum set, afro-cuban hand drums and world percussion for nearly 20 years. 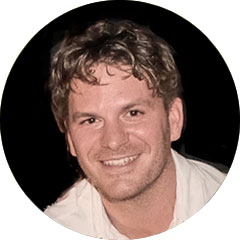 Brian Felker is a guitarist/multi instrumentalist based in Austin TX. Since earning his music degree from the University of North Texas in 2007, he has been a full time performer and music educator. His nearly 14 years of teaching experience has ranged from private lesson instruction to working in music schools such as: Hall Music Productions (Southlake, TX), Sense and Color Music School (Cedar Park, TX), as well as opening the Austin location of "Take Lessons" in conjunction with Best Buy Music, where he created the curriculum and taught guitar, bass, piano, and drum lessons, as well as theory and music production.

In addition to teaching, Brian remains an in-demand gigging musician in the Austin area. Within the last year he has maintained coveted weekly residency gigs in the South Congress and Rainy Street neighborhoods as well as near daily/nightly performances all around the city. You might see him around the Austin area performing with such bands as: Matchmaker Band, Love and Happiness, PDA (Moontower Entertainment), Dr. Zog, Crystal Finger, Frontin', the Utopia Payers, and many more. He is thrilled to be a part of the Blue Frog team! 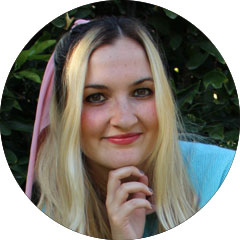 Born and raised in Los Angeles, California, Zanny Nicholas is a dedicated singer, songwriter, and pianist. She recently graduated from Berklee College of Music with a Bachelor of Music in Songwriting and a minor in English: Literature. With years of musical training and performance experience, Zanny has a strong grasp on theory, artistry, and creativity. Recently, her passion for music has cultivated success both commercially and personally. At the age of 13, she sold her first original song to a feature film. Later in 2021, two more of her originals will be featured in the upcoming Showtime thriller "Another Girl". One of Zanny's greatest educational achievements was founding and leading a six-week music education program at her local Boys and Girls Club. "Jam Club Junior" solidified her love of teaching and being able to help others reach their musical goals. Having played the piano since the age of 5, she is extremely excited to share her passion for the instrument with her new students. Additionally, she is releasing an EP of original children's music later this year featuring songs about her favorite things: animals, naps, and rainbows! 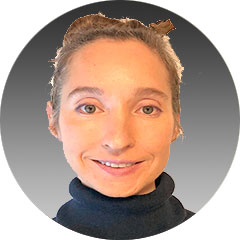 Music has been a lifelong joy for Dorie. Her first formal experience began at age seven when she successfully auditioned for a local girl’s choir.  By age nine she began playing flute and, though not formally trained until much later, would also play her family’s upright piano for hours at a time.  By age ten, she had decided that composing was her calling, and began writing music primarily on piano.  As a pre-teen, Dorie began training through the Austin Chamber Music Society, playing flute and singing in various chamber groups.  Later, she went on to earn her Music Composition degree through the University of Texas at Austin, and later completed a second degree in Sound Recording Technologies through Texas State.  While obtaining these degrees, Dorie worked at Apple Inc. as technical support (a “Senior Advisor”), and also as a freelance flute and piano teacher, music transcriber, and as a composer for short films.  Now, she is happily splitting her time between teaching music and composing.